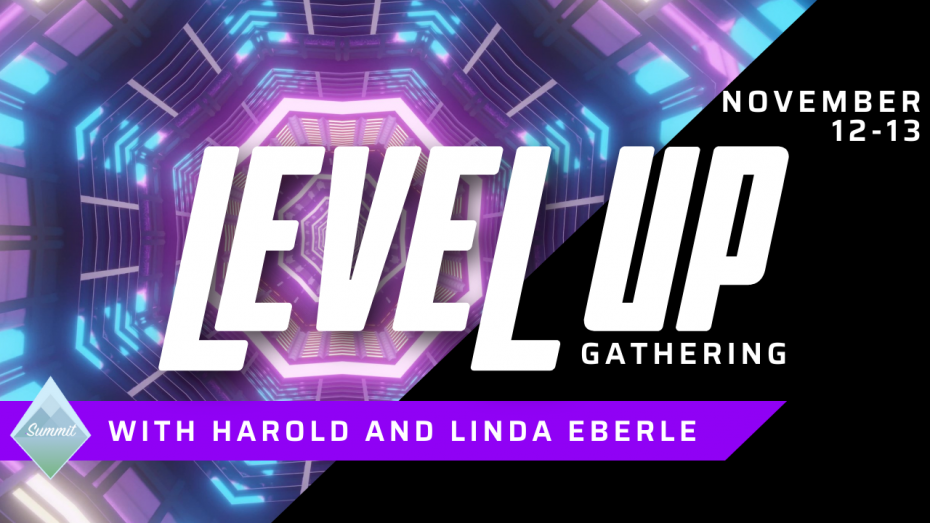 The Level Up Gathering is a time of transfiguration into the image of Christ as 2 Corinthians 3:18-19 states, (tPt)

“We can all draw close to him with the veil removed from our faces. And with no veil we all become like mirrors who brightly reflect the glory of the Lord Jesus. We are being transfigured into his very image as we move from one brighter level of glory to another. And this glorious transfiguration comes from the Lord, who is the Spirit.”

Come and join us as we gather around the Presence and allow the transfiguration to continue. 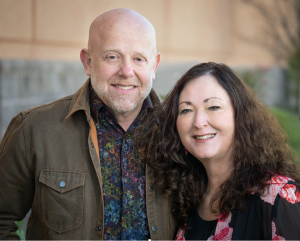 This year we have Harold and Linda Eberle as our speakers and they carry an anointing to open the eyes of seekers and stir up the hungry.

Harold and Linda pastored a church for 6 years beginning in 1980. After a fruitful season pastoring, Harold felt a call to travel and minister to the larger Body of Christ. Since that time, Harold has become known in churches around the world. He is a popular conference speaker and visiting instructor at numerous Bible Colleges. Linda retired from teaching elementary school in 2015 and now travels full-time with him on the road.

About 2/3 of Harold’s energies are invested in ministering in the United States, while the other 1/3 is invested in foreign countries. Harold has ministered in dozens of countries, with special focus on three regions. In 1990, he began working in the Philippines helping Pastor Eddie Deita establish a Bible College and raise up leaders on the island of Mindanao. Then in 1996, Harold began spending extensive time in Africa, where he worked with Dr. Weston Gitonga to establish 12 Bible Colleges in seven countries of central Africa. In 2012, Harold began focusing on the Middle East, where he continues to work and invest time ministering in the Muslim-dominated areas of the world.

Harold has authored over 25 books, dealing with issues such as Church leadership, life-centered Christianity, Kingdom finances, Church history, victorious Christian living, and various areas of theology. Several of his books are used as textbooks in Bible Colleges and seminaries throughout the world. Harold and Linda have been married for 38+ years and now live in Yakima, Washington, US. They raised three children who are grown and living happily on their own.
www.worldcastministries.com

This event is free of charge but to ensure we have our seating set up properly we would ask for you to register HERE.
https://www.eventbrite.com/e/level-up-gathering-tickets-178339196337